A participatory initiative by and for populations exposed to environmental and climate change. 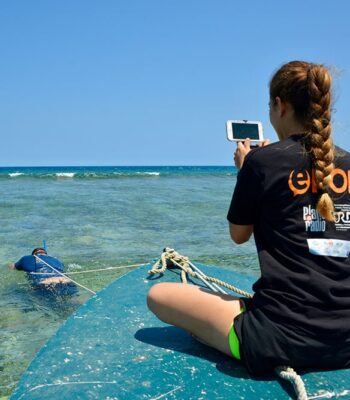 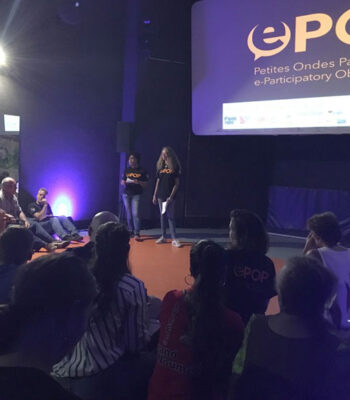 Young people from the five continents produce video reports that relay the observations and questions of local populations, to report on the direct consequences of climate and global changes affecting their environments, or more simply their daily lives. In these short videos posted on epop.network and on Facebook and Instagram, people confide their feelings and question scientists and experts from around the world. To federate its network, ePOP is setting up workshops in different countries to facilitate the exchange of skills between young ePOPers.

In order to debate together the testimonies shared in the video capsules, ePOP regularly initiates public micro-conferences with screenings around the world. The After-POPs, that’s what they are called, are designed as coffee/debates and are usually held in meeting places such as Breweries, Cultural Centres or University halls. The workshops, built around an audience of experts, politicians, artists and NGO leaders, allow local citizens to openly debate the proposals suggested during the day by official personalities and organisations. The After-POPs are notably organized in the margins of major international events dealing with environmental and climate issues (COP, IPCC meetings, World Environment Forum, etc.).

Managing cookies on ePOP Network
When you browse the ePOP Network website, cookies are deposited on your browser. Click on the "Accept" button to consent to their use on this site, on "Settings" to activate or deactivate their use or on "Refuse" to oppose their use except for those that are strictly necessary. More information on cookies
Settings Continue without accepting Accept
Managing cookies on ePOP Network
Click on each category of cookies to activate or deactivate their use. Your choices will be saved for one year More information on cookies
Save Continue without accepting Accept